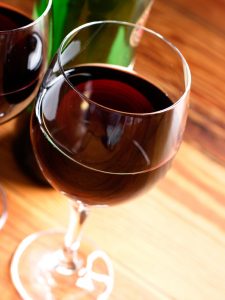 There have been hundreds of articles, advertisements and blogs written about how to best preserve the wine remaining in an open bottle. Many pieces that people read are very uninformed and give false information in order to sell a certain product. Luckily, we have a background experience to assist you when trying to save your wine.

The wine in a bottle that has been opened will deteriorate primarily due to chemical reactions involving oxygen (oxidation), assuming it is kept at ambient temperature. There are basically two processes that govern. Anyone who has taken high school chemistry will comprehend that the rate of oxidation varies with the oxygen concentration in the air; also, that the rate at which a chemical reaction occurs varies as the temperature increases. Accepting these two premises would move one to refrigerate the wine in order to slow down the deleterious reactions and to eliminate as much air as possible. The latter can be accomplished by decanting the remaining wine into a smaller container with little or no space for air or to add glass or stainless steel balls to the bottle to raise the level of the wine in the bottle. The Rolls Royce approach to is purchase one of the many pricey products on the market which allow one to displace the air in the wine bottle with an inert pressurized gas, such as nitrogen or argon – very cool, but very expensive.

The one method we would avoid is attempting to use a so-called vacuum pump to “remove air”. This process removes a disproportionate amount of the important volatiles, such as the aromatics, alcohol, etc., all of which have relatively low boiling points.